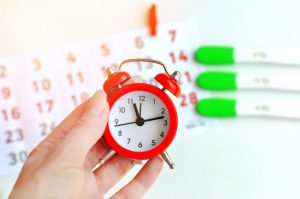 The majority of women who have a regular menstrual cycle of 26-28 days tend to ovulate. Women with cycles longer than 35 days or shorter than 25 days usually have problems with ovulation.

Methods to check for ovulation

There appear to be different methods that help us check when ovulation occurs with a great deal of accuracy. Some methods can be conducted at home and for others a medical examination is necessary.