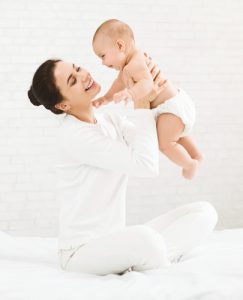 If you have given birth by Caesarean Section (CS) in the past you might wish to try for vaginal birth in the next pregnancy, instead having a planned CS.

The method of delivery is based on your unique medical and obstetric history and on the specific characteristics of your pregnancy. In order to decide if VBAC is the right choice for you it is crucial to know:

Advantages of vaginal birth after CS

Around 3 in 4 women (75%) with uncomplicated pregnancy and spontaneous onset of labour could eventually deliver vaginally after CS. If they have given birth vaginally in the past, then 9 out of 10 women (90%) could deliver vaginally.

Factors that reduce the chances of a successful VBAC

Contraindications for vaginal birth after CS

Advantages of a planned CS

Disadvantages of a planned CS